How to be a Top Reviver in Torn

Introduction
Throughout my career as a reviver in Torn, I've had many aspiring new revivers come to me and ask me this question. I am by no means the highest-ranking reviver in Torn but with thousands of revives done and the fact I am at a respectable position in the Revives Hall of Fame, I feel that I can confidently share some tips of my success in this field.

Enough talking about myself, I am here to share some tips on how to climb the ranks and be a respectable reviver with a bit of dedication and in the recent light of events, some luck.

Getting the Revive passive perk
The first and very obvious step is to get the revive passive perk unlocked, this can be obtained by getting to the highest position which is Brain Surgeon in the Medical Starter Job. To reach the position of Brain Surgeon, you will need the required job stats and job points to get promoted and reach the desired position. In this case, I highly suggest you get your work stats up by working in a normal company or by buying trains and then joining the Medical NPC later for a few days to get enough job points to 'skip' the positions to reach Brain Surgeon. This option allows new players to gain more income while gaining the required stats which will save you a lot of time.

*Here is a note to some people who might not know, the revive perk remains unlocked even after you have left the Medical NPC job, so when you get it unlocked, feel free to leave and join any company of your choice and earn those monies!

Here are the required stats to unlock the passive revive perk: 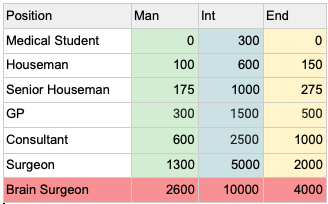 Getting in the revive business
After you have unlocked the revive perk, this is the most important step which is to join a reviver faction as reviving focused factions usually have perks that reduce the cost of revives from 75 Energy per revives to 25 Energy per revive. This is especially important as the lower Energy used for revives, the more revives you can do per stack, and that means more successful revive counts and more money earned. Besides, revive factions are often hired by other warring factions to do revive contracts and that allows dedicated revivers to snag up some revives without too much effort.

I highly recommend focusing on faction revive contracts and make your own personal revive business a second priority as faction contracts are easier to secure revives than hustling in the Trade Chat.

Reviving
When you are doing revives, I have a few tips for you to do your revives a little bit quicker in order to beat the competition. This is to long tap/click on the name of the person that requested for the revive and a little box with a mini profile tab should appear. Then just click on the revive button as you would on a normal full-sized profile and voila, one revive done! This step saves the time that is wasted on loading a new tab for the profile in order to do the revive. 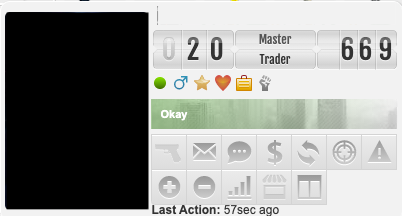 *The following steps are optional but I highly recommend doing them to improve your Revive Skill which will help with your overall revive success rate and this means more money.

Energy stacking
Start stacking your Energy at all times, this means that you are always ready to do bulk revives or simply just that you have enough energy to do a successful revive as revives are almost as dependent on luck and skill as Russian Roulette in the Casino. I highly recommend taking 1 Xanax per day or more based on your personal preference to have enough Energy available at all times. Remember to say a good long prayer before you take a Xanax so that you don’t get an OD and lose your stacked Energy.

Increasing your Revive Skill and Revive Count
So for this next step to happen, you have to make some sacrifices as you will be using all your Energy that could be used for Gym gains and make you stronk. However, this is crucial to your success as a reviver. This step is to use all your available Energy, stacked or not, to do revives. This increases your overall revive count and increases your Revive Stats, which increases your revive success rate.

This is the super optional but beneficial part of growing as a reviver, which is to spam freevives. Yes, it may sound ridiculous but it is the most efficient way to get your revive count and Revive Skill up with the least effort. Even so, some kind souls will pay you for your efforts so it's not entirely charity work. Revive Stats are very important in the revive industry now because the higher your Revive Skill is, the higher your revive success rate is, this leads to you being a valuable asset in reviving factions because it increases the revive count during faction war contracts.

Trade chat
Here is another crucial tip, which is to always read the Trade Chat for people requesting for revives. Some people tend to just ask for revives in the Trade Chat and you can be lucky enough to do the revive if you are quick enough. Another quick tip, never have any cash on hand when you are advertising on Trade because you are liable to get mugged as people will always assume that you just got a fat paycheck from your client after doing a revive. Hence, $0 cash on hand is the best way to prevent your hard-earned money from being stolen from you by some greedy goblin.

Advertising
This is an important step that lets people know that you are offering a revive service. I highly recommend posting a well-made ad that can attract the attention of the potential person who needs a revive for themselves or a target.

Forum thread
I also recommend creating a Trading forum thread to help you build your reputation as a reviver. Your forum thread allows you to accumulate reviews from your clients and this is useful to you as they are a reference for your reviving career.

*Due to the recent changes to how revives work, Revive Skill is now a really important part of how well you can do revives which affects your success rate in revives. Many revivers do not like this new mechanic but ChedBurn has implemented such change to regulate the revive industry for the better.

If you have any questions or problems, please contact a staff member on Torn Stats' Discord.

Any individual player's data will not be reviewed beyond security or maintenance reasons.

If you are willing to help keep this site running, please feel free to donate to the developer. Anything is always appreciated, but never required by any user.